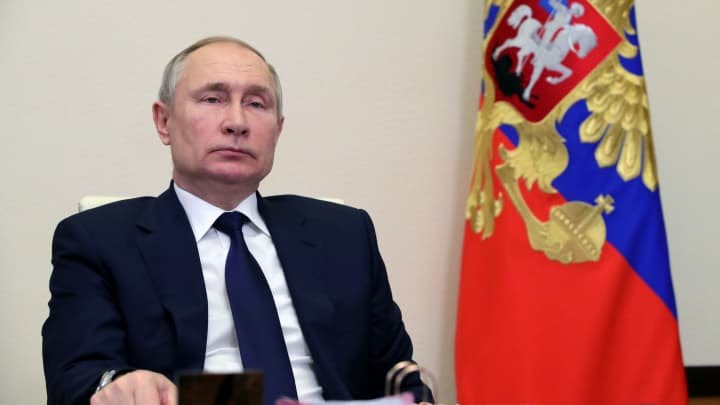 Biden proposed holding the summit “in the coming months,” said a readout of the call provided Tuesday by the administration.

The call, at least the second between the two men since Biden took office in January, comes as the United States and other Western countries grow weary of Russia’s budding troop presence along its border with Ukraine.

In a brief summary of the conversation, the White House said the two discussed “a number of regional and global issues.”

Biden proposed holding a summit somewhere outside the U.S. and Russia “to discuss the full range of issues facing” the countries.

The Kremlin later on Tuesday said in a statement that Biden had “suggested considering the possibility of holding a personal summit meeting in the foreseeable future.”

“Both presidents expressed their willingness to continue the dialogue on the critical areas of ensuring global security, which would meet the interests not only of Russia and the United States, but the entire international community,” the Russian readout said.

“In addition, Joseph Biden expressed interest in normalising the state of affairs on the bilateral track and establishing stable and predictable interaction on pressing matters such as ensuring strategic stability and arms control, Iran’s nuclear programme, the situation in Afghanistan, and global climate change,” it added.

Neither readout indicated whether Putin agreed to the summit or how he received the proposal.

Other topics broached during the conversation included Russia’s alleged interference in American elections and cyber attacks on U.S. institutions.

Biden also raised concerns about the recent Russian military buildup near Ukraine and in Crimea, which Russia claims as its own and the U.S. and Ukraine view as occupied territory.

The Kremlin readout said, “When exchanging views on the internal Ukrainian crisis, Vladimir Putin outlined approaches to a political settlement based on the Minsk Package of Measures.”

There is no mention in the White House or Kremlin readout of any discussion of jailed Kremlin critic Alexei Navalny. Navalny’s representatives have said the Putin foe, who was poisoned with the nerve agent Novichok in August, is in failing health.

The Biden administration has alleged that the Russian government was behind the poisoning and sanctioned seven Russian officials last month over the attack. Putin has denied playing a role.

During the first post-inauguration phone call between Biden and Putin, in January, Biden brought up Navalny and “did not hold back,” White House press secretary Jen Psaki said at the time.

In recent weeks, Moscow has increased its military presence along the Ukrainian border, sparking concerns in the West of a budding military conflict between the two neighboring countries.

The Russian Defense Ministry has said it is conducting more than 4,000 military drills this month to inspect the readiness of its forces.

Last month, the Ukrainian government said four of its soldiers were killed by Russian shelling in Donbass. Moscow has denied it has forces in eastern Ukraine. Since 2014, Kyiv has been battling Russian-backed separatists in a conflict that has left at least 13,000 people dead, according to U.N. figures.

Read more: The West waits for Putin’s next move as Russia-Ukraine tensions rise

Kremlin spokesman Dmitry Peskov said Friday that Moscow will move its forces across Russian territory at its discretion and called the escalating tensions “unprecedented.” He also suggested that Ukraine was on the brink of civil war, which would threaten Russia’s security.

“The Kremlin has fears that a civil war could resume in Ukraine. And if a civil war, a full-scale military action, resumes near our borders that would threaten the Russian Federation’s security,” Peskov said, according to the Associated Press. “The ongoing escalation of tensions is quite unprecedented.”

Putin accused Ukraine of resuming “dangerous provocative actions” on a call Friday with Turkish President Recep Tayyip Erdogan, according to a readout from the Kremlin.

The Kremlin has previously said that it is concerned about the rising tensions in eastern Ukraine and that it feared Kyiv’s forces were attempting to restart a conflict.

Palestinian family, including 6 children, killed in Israeli airstrike against refugee came in Gaza